Theodore Roosevelt Hogan, also known as Ted, Teddy, Teddy Bear, Boo Bear, Brother Bear, Super Dog, Cubby, Cubarooni & “Ed” (by his little brother, Cash) was sent to be with God on August 23rd, 2022, peacefully, while in his favorite place, the arms of his mom. Welcomed into his family on March 10, 2016, from the Saratoga County Animal Shelter and Homes For Orphaned Pets Exist (H.O.P.E), after appearing on a record-breaking episode of “Steve Caporizzo’s Pet Connection,” Teddy instantly proved to his family that they needed him just as much as he needed them. His adopted name was “Hero” and he certainly lived up to that name, as his first weekend home, he jumped off a second-story deck, flying through the air, for the longest 10 seconds of his mother’s life. From that point on he was known as “Super Dog” to all the kids of the family. That same weekend he escaped from his crate, jumping into bed and onto his mother’s pillow, where he would sleep every night following. 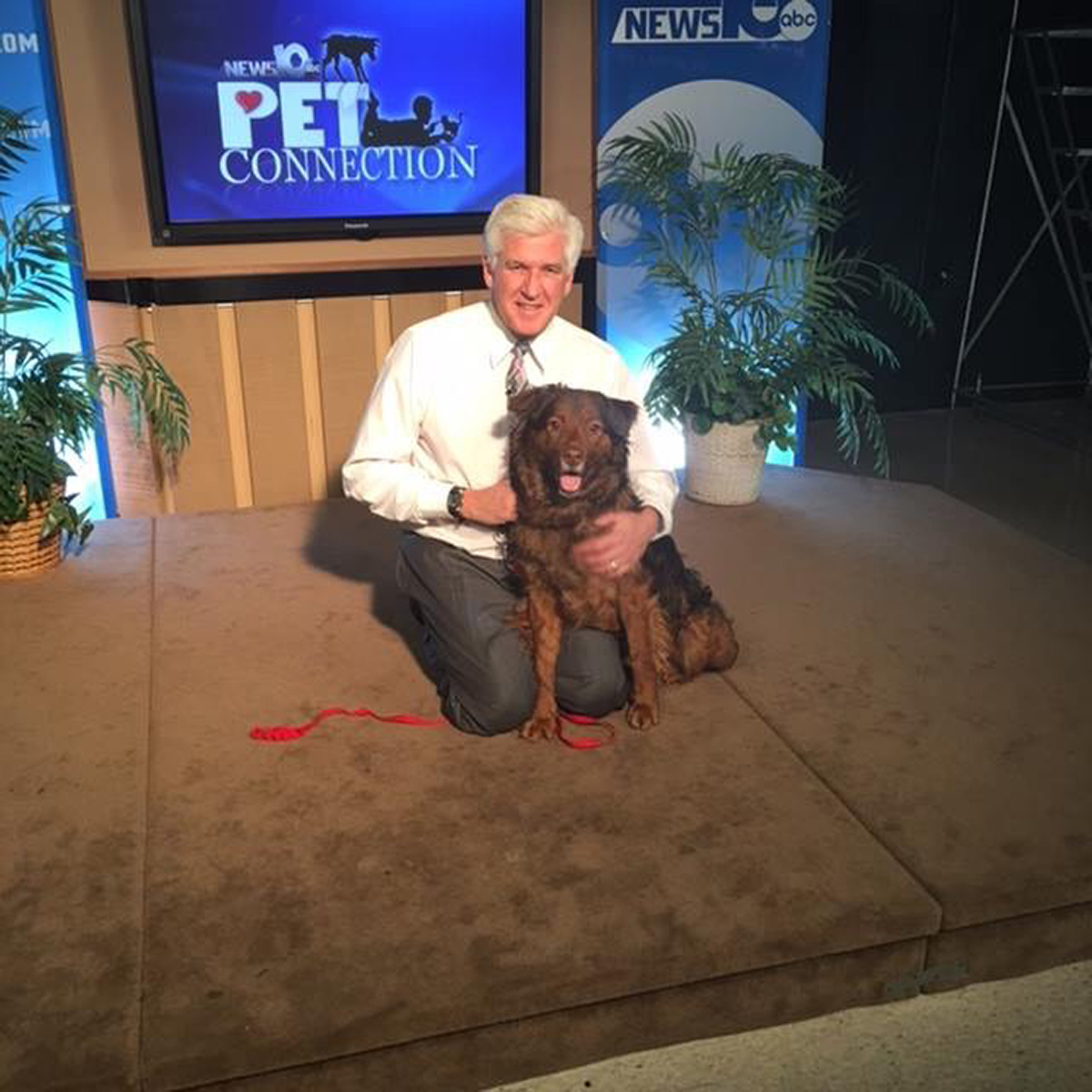 He is survived by his best friend, mother and soulmate, Stephanie Cash Hogan, his older sister and partner in crime, Sadie Cash Hogan, his father and favorite ball-thrower who always threw it farthest (even with a cigar in his hand), Justin Hogan, his grandpa and favorite visitor, Don Cash, his Jujie and coworker Julie Cash, his Uncle Stephen Cash, and perhaps the greatest bond of all, his little brother Cash Hogan… who has already asked for “Ed” approximately 900 times. 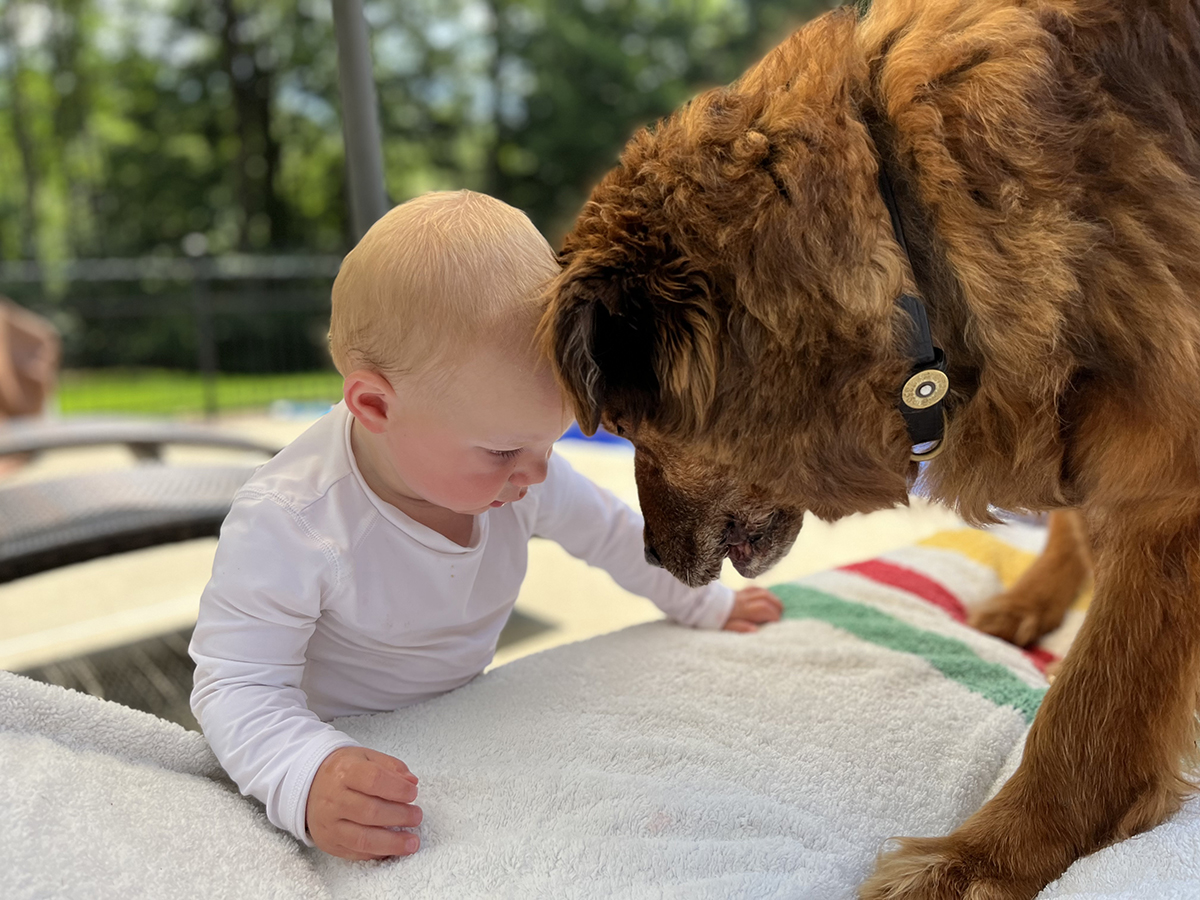 He leaves behind many local advocates at the Saratoga County Animal Shelter and H.O.P.E., many fans from his appearance in “Lucky’s Adventures in Saratoga” book series, his friends at Upstate Veterinary Specialties; Neurology (Dr. Scanlon) and Oncology (Dr. Verrilli) Departments, his Vets Dr. Stacey Oke and Dr. Sara Ryan, the entire Saratoga office of McKenna and Franck CPAs where he reported for work, and countless friends that have pulled for our Teddy since the beginning. He was predeceased by family members Madison Cash, Fenway Cash, Aunt MiMi Fenton, and girlfriend Bianca Higgins. We are certain they all welcomed him - to run without pain - and are now watching all of us, together from the other side.

Teddy’s favorite activities are hard to name as he was thankful to be part of anything and everything we did. He loved running with his mom, walking with Sadie, snuggling, protecting all of us, laying on the beaches of Nantucket, lounging at Big Don’s, hiking up the ADK mountains in record time (he somehow got faster with each hike!), trying new foods (especially ones he shouldn’t get into), riding shotgun in his mom’s car, spinning in circles when he was excited (which was often), spending time with Big Don, eating soft serve ice cream (Dairy Haus pup cups were his favorite), peanut butter (he could hear a jar open from anywhere in the house), traveling, chasing squirrels, rabbits, cats and deer, smiling with his head out the window, and being part of his baby brother’s every move. Teddy served as Cash’s favorite night nurse, pillow, playmate, breakfast/lunch/dinner date, and most of all, his very best friend. Ted was the most loyal, selfless, and loving companion to all of us. If you gave him you heart, he gave you his. More than anyone else in the world, Teddy loved his mom. It was very uncommon for him to ever take his eyes off her. He was there for her through happiness, grief, love, and loss. Their bond was something people asked to photograph, write about, and something that will never be recreated. A true love story. Two souls in need of saving, that somehow found each other. 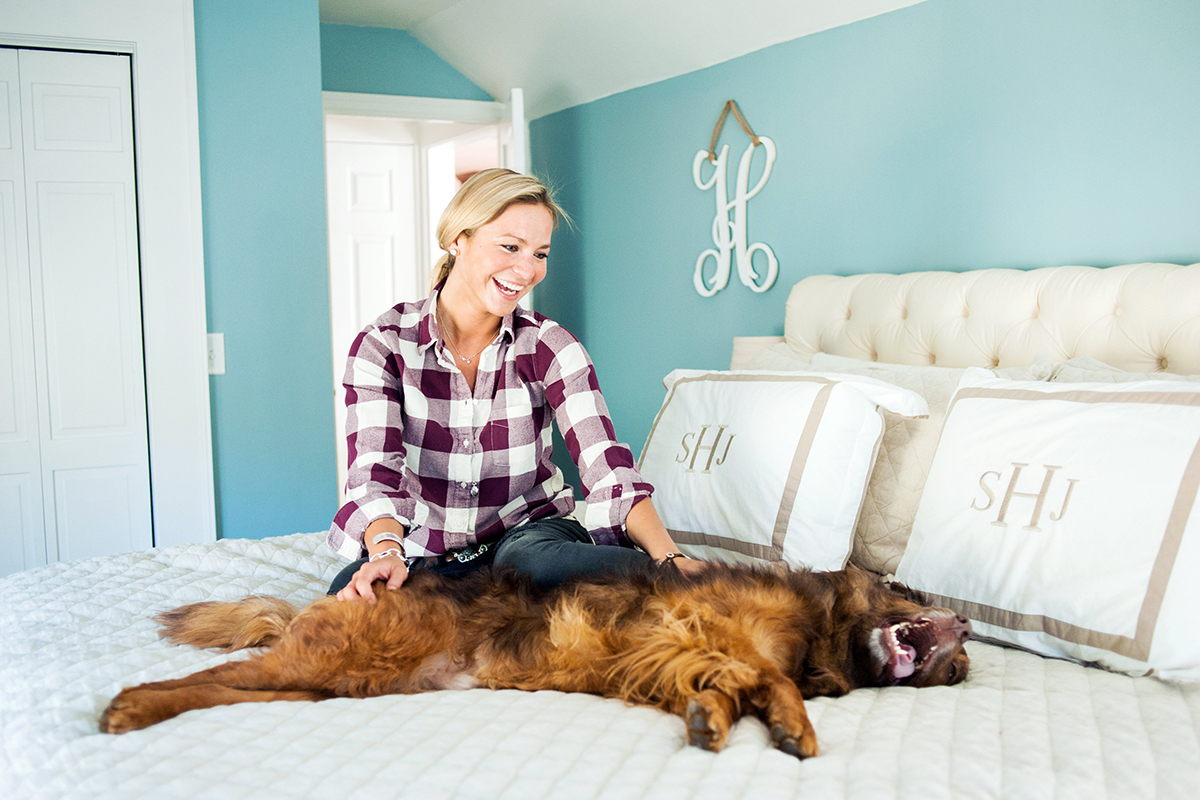 Teddy beat abandonment, homelessness, abuse, cancer, pancreatitis, jumping off countless decks, fences, and docks, running into multiple glass doors (he could never contain his excitement), climbing up (without help) a 3-story Widow’s Walk, eating more items than we could imagine (crackers with the box, mouth guards, tampons, multiple doormats, an entire tray of Scotheroos…) and jumping out of many car windows. When Teddy got sick, he fought hard and selflessly for all of us, because he knew how much we needed him. He battled with bravery, heart, and determination. Until the very last day he woke up to watch Cash play, ate all 3 meals with him and helped rock him to bed at night. Our faithful servant and best friend until the end. We will carry his heart with us always.

Teddy will be remembered by his family every minute of every day. Certain activities that will be particularly challenging without him are evening sunset walks, car rides, bed time without his snores in his mom’s ear, meal time without his nose on our knees, the first snow each year without the flakes sticking to his nose, seeing chipmunks in the yard (he was actually fast enough to catch them!) and food deliveries without his protector bear cub bark (most restaurants don’t even attempt to ring the doorbell anymore, they just leave the food on the porch). 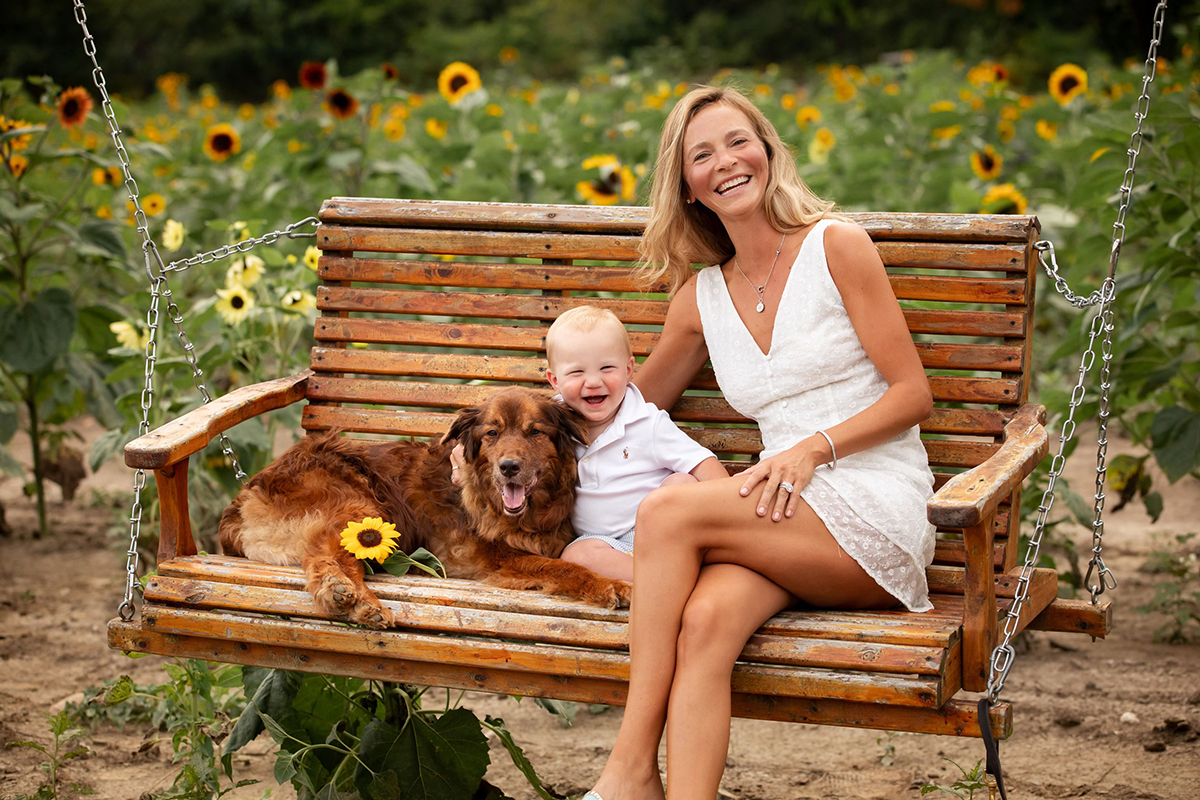 Thank you to all that prayed for him, cheered for him, and followed his journey since the very beginning. In lieu of flowers, the family asks that you show someone appreciation and love today, in Teddy’s honor, or better yet take a risk on a rescue dog. We may have “saved him,” but he saved all of us when he chose to be ours.

Mom loves you forever, Teddy Bear - Thank You will never be enough, you were a gift from God. 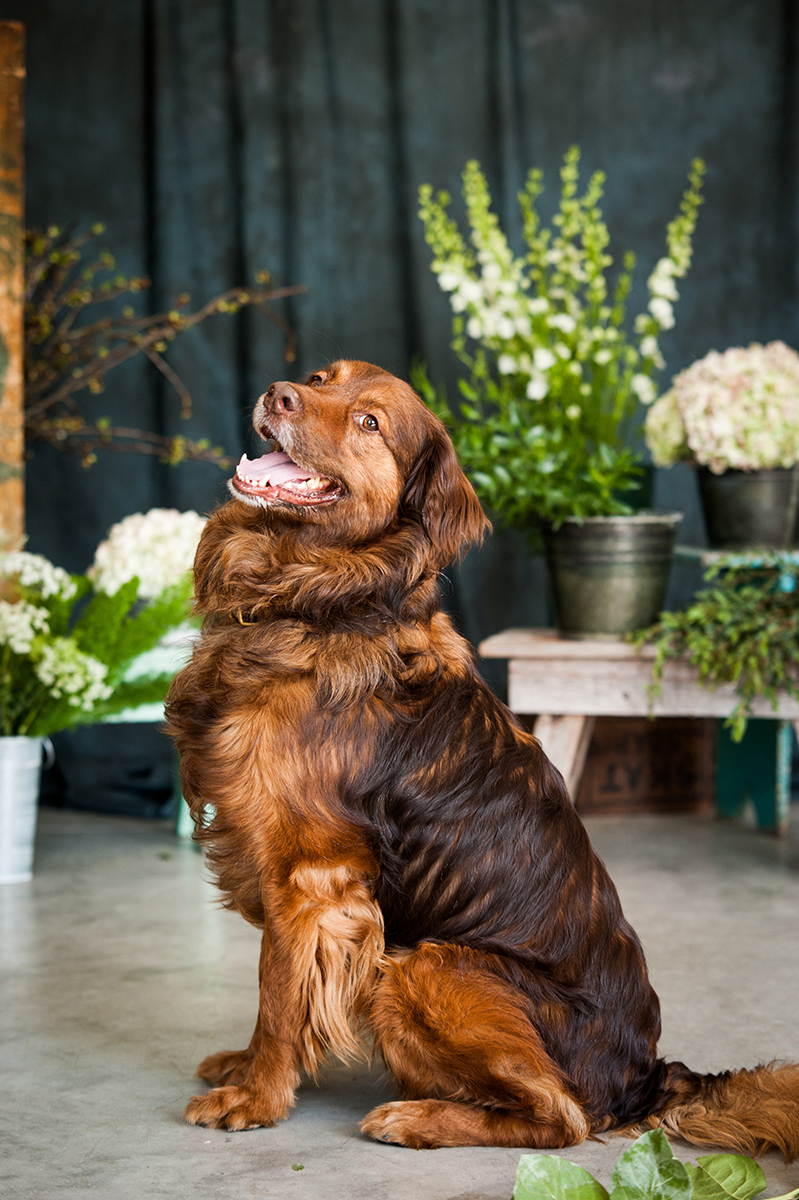